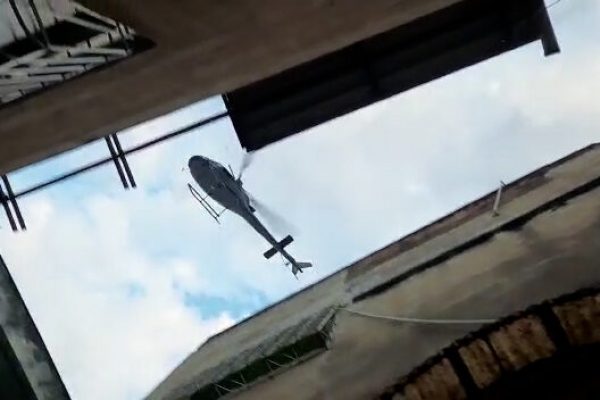 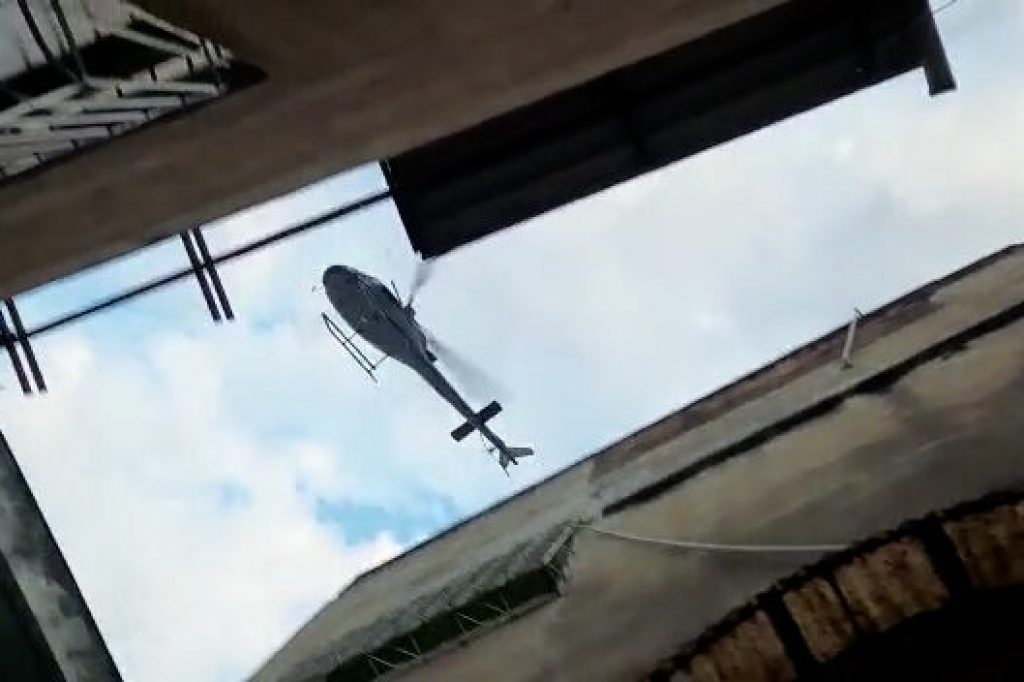 For a brief moment, what the engine noise has long announced appears in the sky between the houses: A police helicopter. "I woke up to this today. Completely normal in a favela," says Miguel*, still sleepy-eyed, into the camera.

With simple cell phone pictures from home and as a photojournalist, he documents everyday police violence and its victims in the favela Jacarezinho. That helicopters can become a deadly shooting platform is shown by the case study "Márcio Pereira, the mathematician" from our study "Stop killing us! - Police violence against children and young people and the arms trade".

On the night of May 11, 2012, Rio de Janeiro's civilian police engaged in a chase with drug dealer Márcio José Sabino Pereira. The criminal was sitting in his car, the police flew over the densely populated Favela da Coreia in an Airbus AS-350 helicopter shooting after him. The police fired more than 100 shots from machine guns of the Belgian manufacturer FN into the residential area.

The policemen fired despite poor visibility and great aiming uncertainty, as the dialogues from the recorded operation film prove. About a year later, the infrared images were published by Globo TV. The shots fly on the footage as wise points towards the ground.

The video recording shows not only the execution of the drug dealer, but also how another person in the car was injured. In addition, several shots of medium caliber with high penetrating power hit residential buildings.

At least one shot hit a local resident on a motorcycle. He was seriously injured and taken to hospital. More could easily have happened: Legal experts assess the operation as disproportionate, because a very high risk of ricochets for the residential population was accepted.

This kind of questionable police operations with excessive use of force, in which uninvolved residents are caught in the crossfire, have been steadily increasing for years. Helicopter operations regularly terrorize the population and often cause civilian casualties due to the great target uncertainty. In May 2019, three people, including a child, were injured in the favela da Maré in the north of Rio de Janeiro.

Because of the excessive violence during police operations, residents are repeatedly unable to go to work. Health centers, schools and kindergartens have to close because the gunfire is simply too dangerous. A social project for children and young people in the Favela Maré put up signs on the school roofs with instructions for the police: "Escola. Não atire - School. Don't shoot" 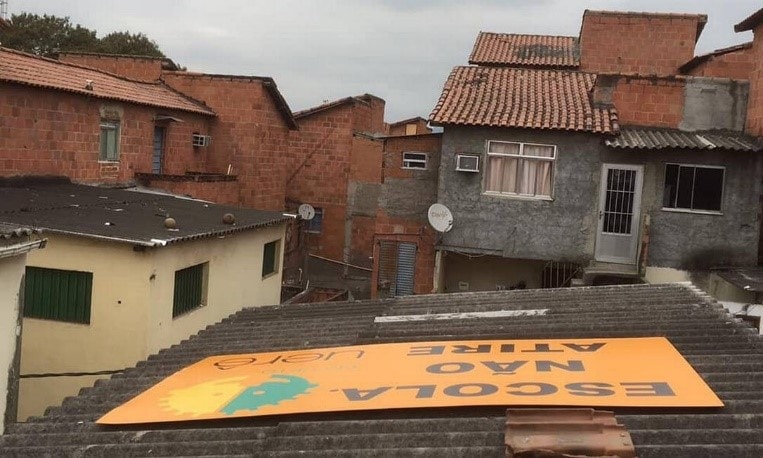 In recent years, there has been an increase in sensational cases of innocent people being injured or killed during police operations with helicopters in densely populated areas. In the first half of 2019 alone, at least 34 police operations using helicopters took place in Rio to fight crime, and in 11 of these operations helicopters were used as shooting platforms. Brazilian experts call the numerous helicopter operations "terror of the population".

Not only because of the helicopter operations, the police of Rio de Janeiro is one of the deadliest police forces in Brazil. In the big city, police killed an average of 933 people per year from 2012 to 2020. By comparison, 1094 people were killed by police across the U.S. in 2019. In the same year, 6375 people fell victim to police violence in Brazil. Even the slightly lower numbers the following year blow up any comparison with the US, where police violence is hotly debated.

terre des hommes in Germany and Switzerland actively campaigned for stricter criteria for the approval of arms exports and for a stop to all arms exports to countries with serious human rights violations and armed conflicts. (link to bottom of correction initiative). The case of Brazil is a clear example that ongoing serious human rights violations by state actors are not or insufficiently taken into account in the licensing practice. It is our role as development and human rights organisations to hold decision-makers in this country accountable. Because when weapons are exported from Switzerland or Germany to Brazil, they contribute to a further escalation of violence in Brazil.

If we build up enough international pressure in this way, Miguel* may soon be able to sleep in without being woken up by police helicopters. 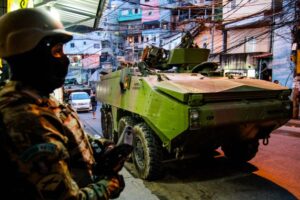 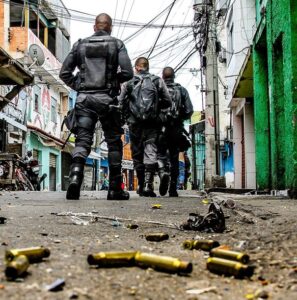