"It takes counteracting exclusion and radicalism" 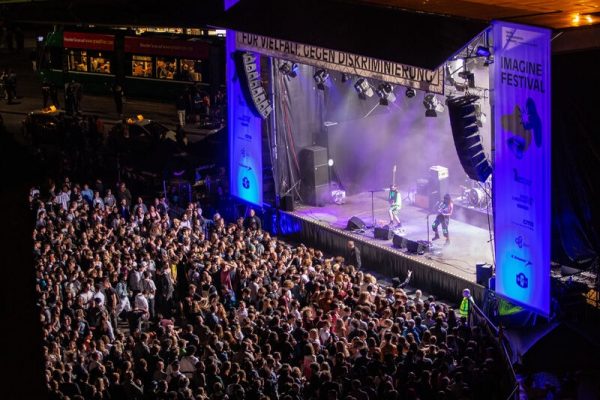 Roger Gafner: "From the very beginning, the imagine festival was culture and information without a moral index finger.

imagine - this is not only a festival for more tolerance, which brings great musical acts to Basel every year in June. Roger Gafner from terre des hommes schweiz presents the project by young people for young people, for almost 20 years now a creative laboratory for cooperation in our society.

Roger Gafner: imagine is the symbiosis of sensitisation work under the motto "For Diversity - Against Discrimination" with youth culture as a vehicle. The imagine Festival in June is the figurehead of imagine and the highlight of the year, when motivation rises again.

Do "political" bands perform at the imagine Festival?
Some of the acts fit the festival in their lyrics. For example, in the 2018 edition of the festival, there was a large proportion of female bands and artists. Newcomers should also be given a platform at the festival. Here, imagine has proven to be a trendsetter: Many a newcomer band got off to a flying start after their first appearance in Switzerland at the imagine Festival.

What was your first contact with imagine?
I got to know the imagine Festival at the age of 22 as a spectator. A few years later I myself stood on the festival stage on Barfüsserplatz as a dancer of the hip hop group uni-t.

Did you know back then that imagine is not only a music festival by young people for young people, but also organises workshops in schools or discussion meetings, for example?
I knew that imagine had to do with the work of terre des hommes schweiz. But at that age, the connection between the festival and the topic was less important to me than the event and being together with colleagues. From the very beginning, the imagine festival was culture and information without moral pointers. The message was: we stand up for multiculturalism and against racism.

Roger Gafner is trained as a socio-cultural animator and has been working for one and a half years as project coordinator in the domestic programme of terre des hommes switzerland. Before that he was involved in youth work for ten years, including as a volunteer at the Youth Culture Festival in Basel. Together with young people, he created the "Leimbeat" youth band contest in Oberwil BL. In addition, Roger Gafner danced HipHop and Contemporary for many years, worked for Tanzbüro Basel and co-organized an edition of Tanzfest Basel.

Isn't it difficult to want to mobilize the masses with a festival against racism?
Why? The agitation against people who do not conform to the supposed norm is still going on and we have to defend ourselves against it by peaceful means. We need clear countermeasures against any form of exclusion and radicalism. I like the imaginary slogan "For diversity - against discrimination". It is open, inclusive and positive.

How has the youth project developed over the past 20 years or so?
It is certainly not a linear development. There is no red thread, but the project stands and falls with the young people who bring it forward. imagine is seismographic, up and down. imagine has its finger on the pulse of time and always creates new impulses.

As far as the festival is concerned, it has certainly become more "adult". Today, it is highly professional and has a business-like approach. The project coordinators work all year round on the next edition of the festival. They know how to plan and implement a major project. The internal processes are well established and there is a great deal of know-how in event management. At imagine you can bring your talent to bear. The young people are prepared very differently than 20 years ago.

In what way are they prepared differently?
The people at imagine are professionally ambitious and they already have a lot of experience and expertise. Many young people start thinking about their professional future at an early age. imagine can be a station on their path. Ideally, you can contribute a lot on the one hand and benefit a lot from imagine on the other hand. This is also the overall aim of the imagine project to strengthen the young people on their way and for their commitment in society.

But not all young people are equally determined. Is imagine a day care centre for offspring of academic, educationally inclined households?
It's true: The core group of imagine tends to consist mainly of students. The decisive factor, however, is not the social background of the young people, but the time factor: Those who do an apprenticeship or vocational training or work and also complete further education are fully booked. Those who go to the Gymi or study, on the other hand, can organise their time more flexibly. The imagine group discusses again and again how to open up and we always hold workshops at the vocational school that meet with interest. But that's just it: It takes time to participate in imagine, even though most of the sessions take place at the weekend and during the week in the evening.

What is the special thing about imagine?
For example: If you join in, you're just part of it. It is a very special feeling to be part of a larger whole and to be welcomed with an openness in a place that has no rigid structures. This unique spirit of imagine has been maintained over the years: Everyone can get involved and contribute to this whole. No one is excluded. 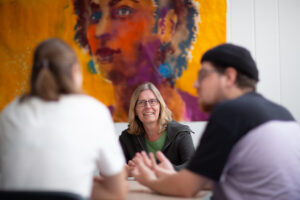 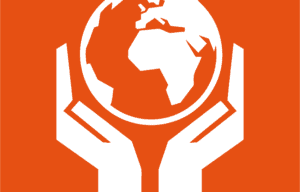 The EU Commission presented the draft for an EU-wide corporate responsibility law in Brussels today. It obliges corporations to respect human rights and the environment and - like the Corporate Responsibility Initiative (CRI) - contains liability rules and sanctions in the event of violations. The Federal Council must now keep its promise from the referendum campaign and ensure that Switzerland is not soon the only country in Europe without corporate responsibility. The media release of the Coalition for Corporate Responsibility in the original wording. 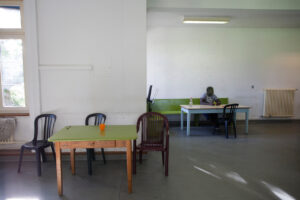 Media release - Rejected asylum seekers in Switzerland usually end up in the emergency aid system. Here, the conditions are almost everywhere inhumane and harmful to health, criticize about 450 professionals from medicine, psychotherapy and psychology. In an open letter to the authorities and politicians, as well as to offices and enforcement organizations, they demand humane treatment of asylum seekers with negative decisions. Their request is supported by three Swiss non-profit organizations that work for the dignity and well-being of people with a refugee background and against racism and discrimination.