For 45 years, Morocco has occupied large parts of Western Sahara, home of the Sahrauis. They are regularly the target of repression and discrimination by the occupying forces. The young Sahraui Laila Fakhouri stands up for the rights and self-determination of her people. On the initiative of terre des hommes schweiz, she received the Weimar Human Rights Award 2019 for her commitment to a peaceful solution to the "forgotten" conflict in Western Sahara.

Media release - The signs point to war in the decades-long conflict between Morocco and the Sahrawi liberation movement Frente Polisario. Human rights activist Laila Fahkouri has been staying in the Sahrawi refugee camps in the Algerian desert since March. The situation is particularly gruelling for young people, she tells terre des hommes schweiz. Condemned to do nothing, they are prone to [...]

Laila Fakhouri on the situation in the Sahrawi refugee camps 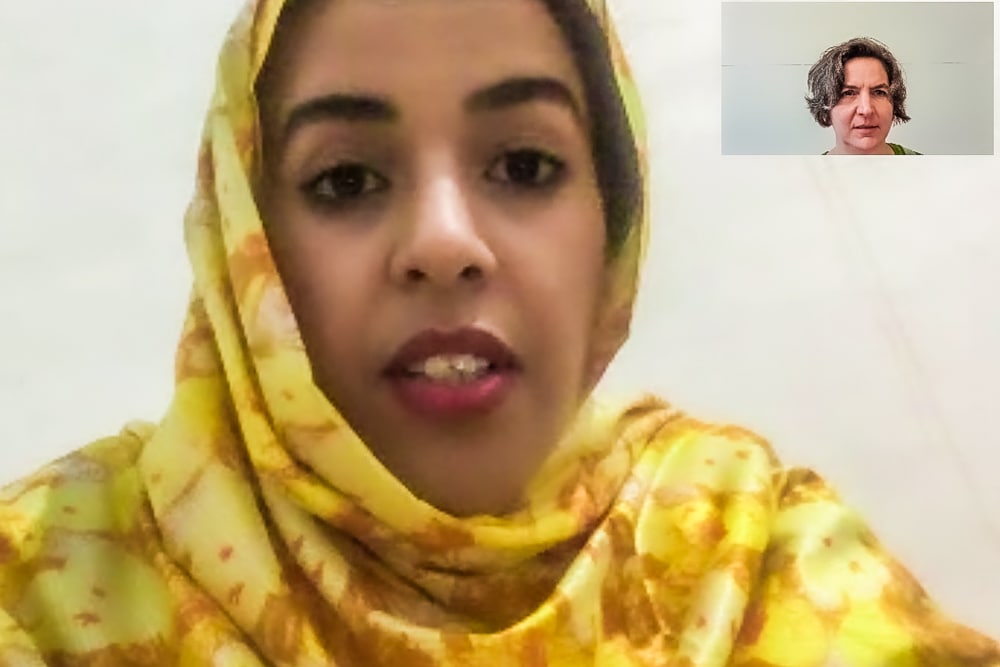 The ceasefire between Morocco and the Frente Polisario, the political representation of the Sahrawis, lasted almost thirty years. In mid-November, the conflict escalated and now the signs point to war. The young Sahrawi Laila Fakhouri is campaigning for a peaceful solution to the conflict and for the rights of her people. Since March, the [...]

"Right to Self-Determination for Young Saharan"

The Western Sahara conflict is a continuing catastrophe for the population of the Sahrauis. Since 1975, the Moroccan regime has illegally ruled over these people and their homeland in North West Africa. terre des hommes schweiz has been committed for many years to the private, political and economic self-determination of the Sahrauis. The development organisation has successfully lobbied for the young Sahraui, [...] 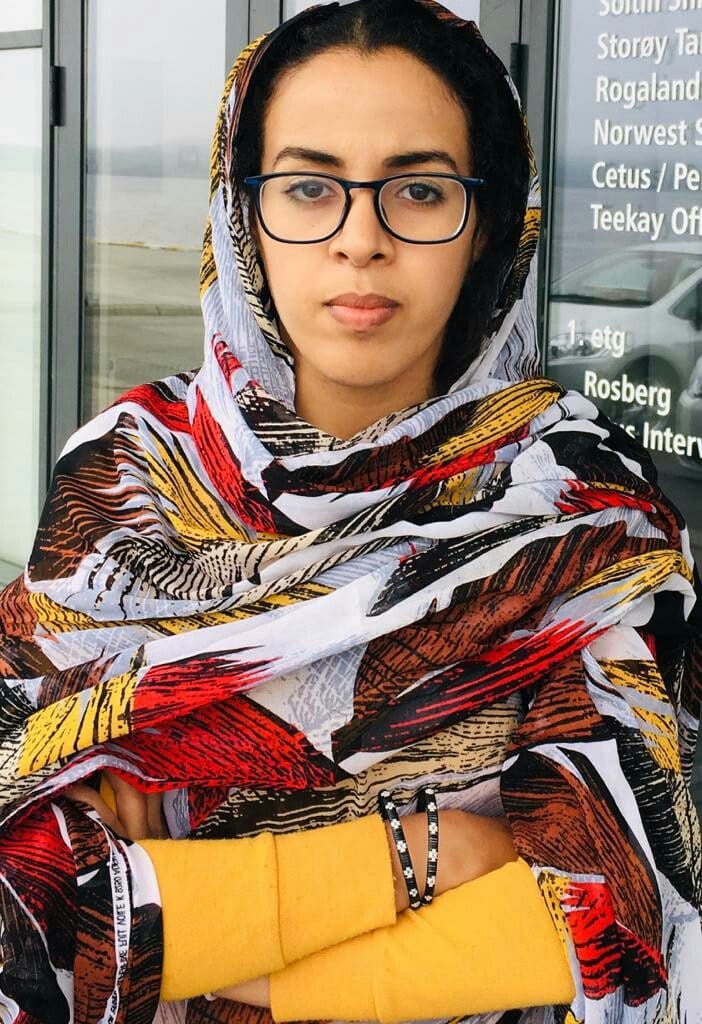 Laila Fakhouri has been campaigning since early youth for the right of her people to self-determination. For this commitment, the 25-year-old Sahraui now receives the Human Rights Award of the city of Weimar. This prize is awarded every year on the occasion of the International Human Rights Day on 10 December. terre des hommes schweiz nominated Laila Fakhouri for the prize. On 4 [...] 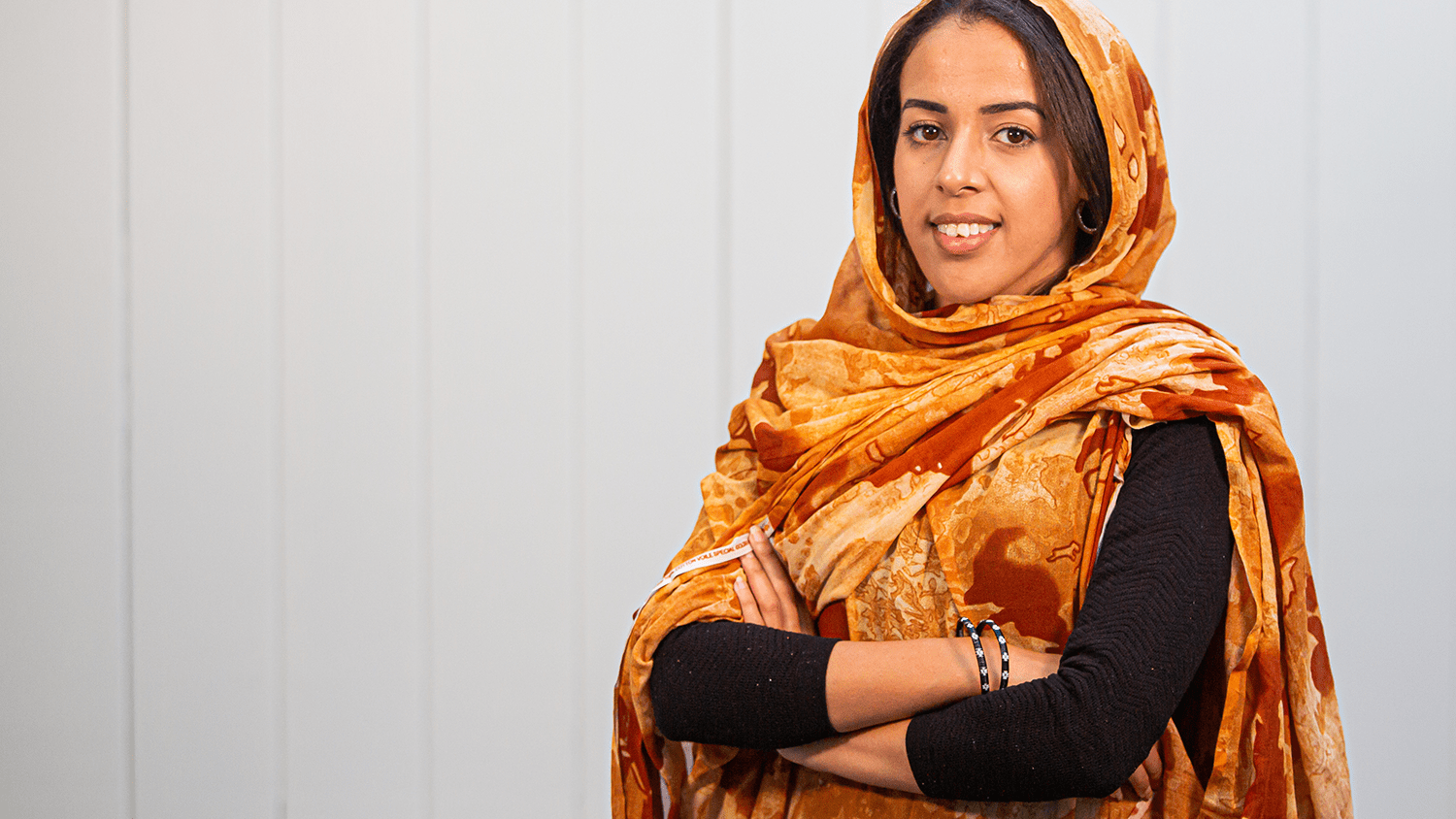 The Western Saharahome of the Sahrauisis a 266'000 square kilometress Area in North Africa between the Atlantic coast in the west and Algeria in the east. When the Spanish colonial power withdrew in 1975, the area was forcibly divided. A 2700-kilometre-long wall separates the Western Sahara, which is six and a half times is like Switzerland, in two unequal parts.

Morocco controls about two thirds of the territorythe coastal area with larger cities, rich fish stocks, large phosphate deposits for fertilizer production and a cement factory of the Swiss group LafargeHolcim. The Sahrawi Liberation movement Frente Polisario for their part controls a narrow strip of desert against Algeria in the west and Mauritania in the south.

Foreign domination Morocco about large Parts of Western Sahara is international lawl...I didn't acknowledge it. A UN mission monitors the 1991 agreed Armistice between the two parties to the conflict. About 176'000 people live in the Saharawi Escapelingslager in the Algerian desert. Two thirds are under the age of 25. Many members of the Sahrauis are going into exile. The biggest Sahrawi Community in Europe is located in Spain.

The 1991 ceasefire agreement included the holding of a referendums about den Status of Western Sahara. Iny year or twoe the sahrauische Let the population decide their own future can. The vote has so far nicht took place. The post of UN Specialsent for the Western Sahara-conflict has been vacant for a year and a half.

Repression and arbitrariness on the agenda Expand

Morocco invests a lot of money in the economy and infrastructure of occupied Western Sahara and has At the beginning of 2020, the waters along the Atlantic coast rich in fish were declared Moroccan territory. People who peacefully for the right to freedom of expression and self-determination of the Sahrauis to use, become suppressed, persecuted or as political prisoners. Repression and spying are omnipresent in the occupied Western Sahara. Random house searches, round-the-clock surveillanceinternet disconnections and Media censorship are the order of the day.

Migros and Denner say no to products from the Western Sahara