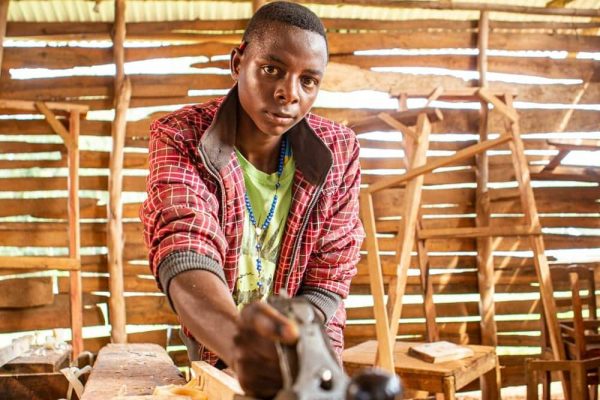 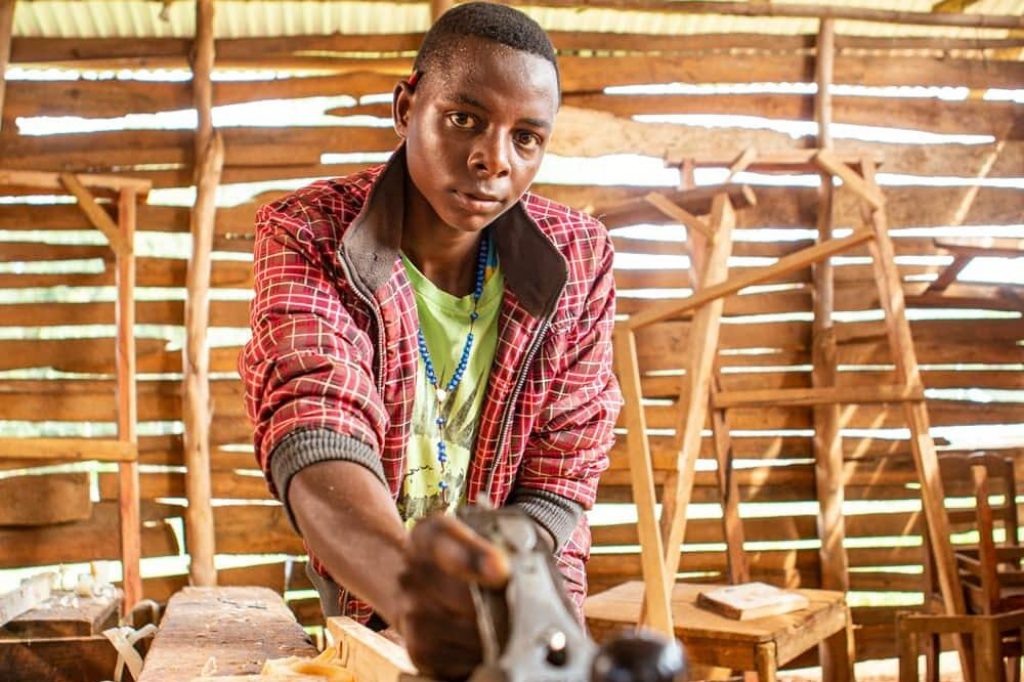 On Youth Day, we want to celebrate the achievements of the many young people who give their all despite their precarious situation. Young people have a great influence on their environment. In rural Tanzania, many youth orphans or half-orphans have to work to support their families. As admirable as their efforts may be, they miss time in school as a result, jeopardizing the prospect of a career. This is what happened to Mberwa Nyoni until he completed a carpentry course with our partner organization. Now he and his family have a perspective for the future.

Mberwa is sweating. The plane slithers over the uneven wood and only catches a few chips. The 19-year-old presses harder. A ribbon of paper-thin wood shoots out of the plane and falls to the earthy floor.

We are in the workshop of Humuliza, our partner organization in Tanzania. Here today, ten boys are working on their chair or table legs in the morning sunlight that penetrates through the cracks in the wooden wall. In one corner, finished furniture from the carpentry course is piled up. The young people are visibly proud of their skills. During their training, the young carpenters also learn how to sell the furniture profitably. In this way, the young people also generate income for their families during their training.

All course participants live under difficult conditions. HIV/Aids robs many children and young people in Tanzania of their parents. Here in the small village of Nshamba, far from the nearest paved road, there are no state social safety nets. Here, the single parent or the oldest sibling takes responsibility when one or both parents die. (Read here the history of chokeberry)

Too little for the tuition

His mother does not want to explain why Mberwa and his three brothers are growing up without a father. Only this much: "When he left, the house was in a bad state. We had to mend it ourselves." The simple mud house is surrounded by large-leafed perennials and half-grown crops. The family grows whatever grows, feeds or brings in money - bananas and peanuts, for example. But it's not enough for school fees. "Humuliza has helped us a lot. The organization has taken over the school fees. We are very grateful for that," says Mberwa's mother.

Mberwa's involvement in the carpentry course has helped the family gain additional sources of income. He takes us to the back of the house. A few pots stand over glowing coals, lunch is quietly simmering away. Mberwa disappears into the green undergrowth between two enclosures made of rough wood and fetches a few palm leaves. A snout greedily reaches out of the enclosure for the leaves.

Into the future with furniture and animals

"From the money I earned from selling furniture, we were able to buy some young animals." Mberwa holds out a few leaves to the goat. "We raise the animals and then we can sell them at the market for a profit." Mberwa built all the enclosures himself - including the ones for the chickens and the pig. "At Humuliza, I learned to plan and create budgets. What I learned is now helping me with our animal project." "Actually, the knowledge has helped the whole family," adds his mother, "we all got together to plan for the future."

For Mberwa, however, running a farm is nothing more than a good source of extra income. Mberwa has other plans for his future. "I want to start my own carpentry business someday and hire young people - so they can support their families, too," he says. "Many here don't know what to do with themselves. Carpentry has given me a future, and I want to pass that on." That's what Mberwa is working toward - step by step, with furniture and animals.

Growing up in poverty and with only one parent is often associated with stigmas in rural Tanzania. Young people like Mberwa feel this every day - their self-confidence suffers as a result. Hardly any young person in this situation would believe in running their own business.

"At Humuliza, we also learned life skills. I now have more confidence in my abilities and more confidence in the future. I dare to express myself in a group and know how to deal with stress," Mberwa said. "He is also much more self-reliant and determined now than before," notes his mother.

This gives Mberwa what he needs for his future: self-confidence, craftsmanship and - most importantly - a real perspective.

Strengthen disadvantaged youth like Mberwa with a donation. Thank you very much!

PrevPrevious articleNew chance for mother and child
Next article"It's not enough to know what a condom is".Next

New chance for mother and child

Lack of sex education and the dream of a life without poverty are responsible for many teenage pregnancies in Tanzania. EBLI's education programme in Mwanza on Lake Victoria coaches young mothers in need for a good life in independence for themselves and their children. Diana Marco has successfully completed the holistic training with the partner organisation of terre des hommes switzerland. She is the everyday heroine in the SRF programme "mitenand" on 18 July 2021. 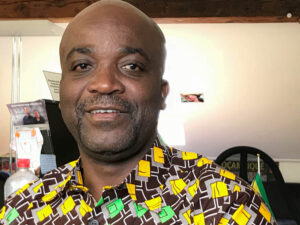 "We must end the violence"

Abubakar Mutoka from terre des hommes schweiz coaches our partner organizations in northwestern Tanzania for psychosocial support, solution-focused approach and youth participation as a so-called technical advisor. He talks about his work and motivation for the better lives of youths, about the worries and hopes of the people in Tanzania, and tells us a wonderful success story from Kigoma.