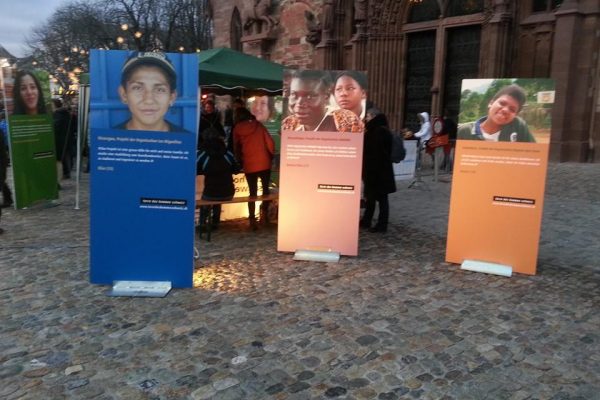 On Wednesday, SRF3 made a stop in Basel with its fundraising campaign "Every Rappen Counts" and broadcast from 4 to 8 pm directly from Münsterplatz. Also present was terre des hommes schweiz: Anyone who had the time and inclination to do so could have a look at our stand.

It has almost become a tradition: the Swiss Solidarity and SRF telethon in the run-up to Christmas. This week it was time again and terre des hommes schweiz was part of it: on Wednesday, 18 December 2013, Radio SRF 3 was on the air from 4 to 8 pm directly from Münsterplatz in Basel.
terre des hommes schweiz was also on site with our morphing stand.
Me born in Peru
What would we look like if we were born in Africa or Latin America? This question can be answered at our morphing stand. In doing so, we merge the portrait of one person with that of another person from our project countries. Sometimes exciting and sometimes funny portraits emerge. Some portraits and more pictures about our presence at "Every Rappen Counts" can be found on our Facebook fan page.
Live interview on SRF3
But our appearance on Wednesday was not our only commitment last week. On Monday morning Gabriela Wichser, our program coordinator for South Africa and Tanzania, gave a live interview on Radio SRF 3. She talked about the situation of children and young people in the townships of South Africa, how terre des hommes schweiz supports the partner organisation Sinani with donations and their impressive work, which opens up real chances and perspectives for many children and young people.
See/listen to the interview here (audio recording enriched with some photos):

Statement on the police action of 25.11.22 against unauthorized demonstration in Basel

During Global Action Month (GAM), young people from the International Youth Network (IYN) are once again taking action. The GAM is a partnership campaign of terre des hommes Switzerland and terre des hommes Germany within the framework of the international Terre des Hommes movement and takes place every year in November. Under the motto "Say No to Violence: Let's Break the Silence," the IYN advocates for respect and peaceful coexistence with events, on social media and live on site. In this way, the young people on site contribute to the prevention of violence, collectively raise awareness and thus show solidarity with other regions of the world. Global Action Month 2022 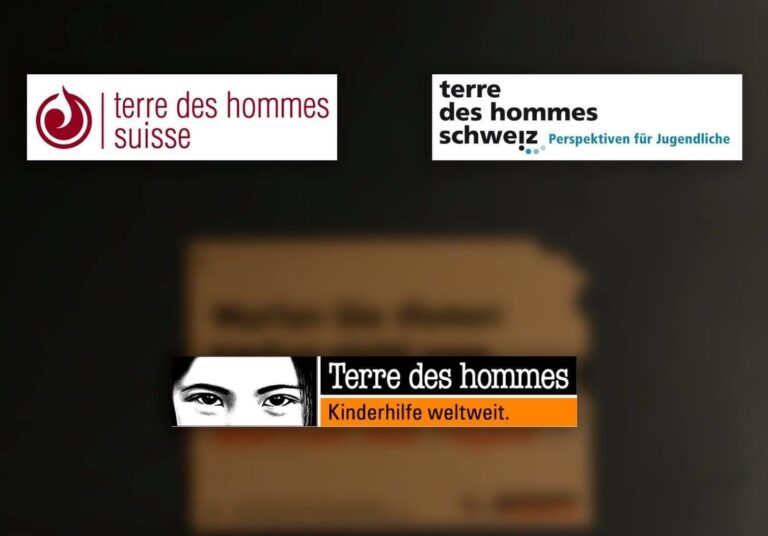 We would like to point out that the cardboard advertising that is currently being dropped into mailboxes does not come from us, but from Terre des hommes- Kinderhilfe weltweit. In Switzerland there are three completely independent organizations with the same name: Terre des Hommes Suisse, Terre des hommes - Kinderhilfe weltweit, from which the advertisement in question originates, and terre des hommes schweiz. We therefore ask that feedback on the advertising not be sent to us. Further information on the three different organizations can be found here.