"It's not enough to know what a condom is". 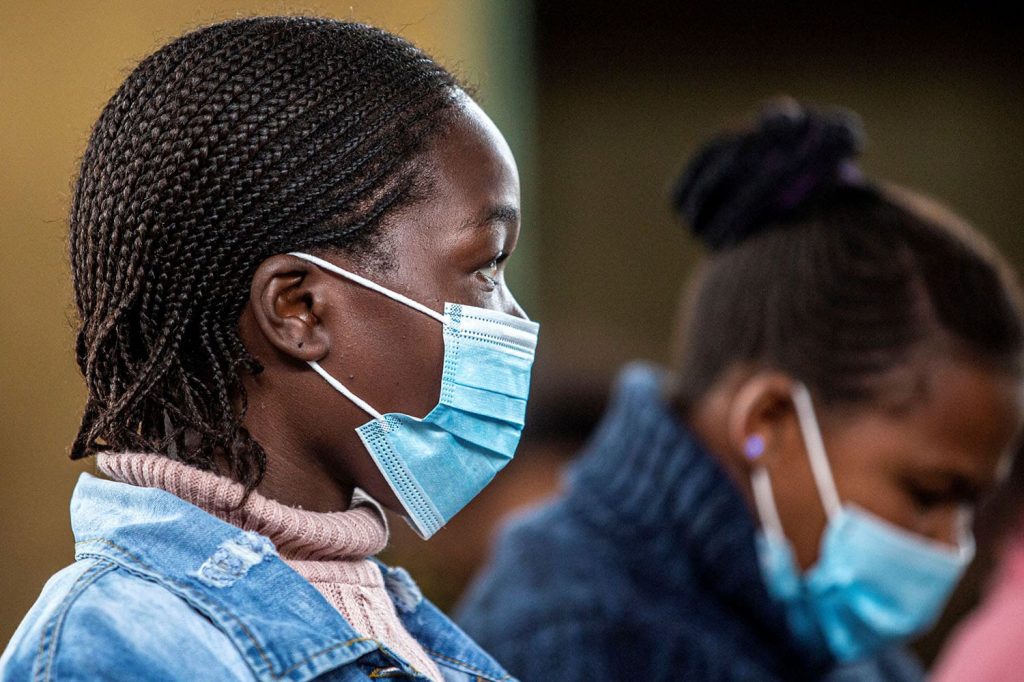 After the lockdown in South Africa, many girls stopped showing up at school. They have since become pregnant. New data shows that the number of early pregnancies increased by up to two-thirds during the pandemic. On the occasion of this year's World Sexual Health Day, we talk to Hafid Derbal, Theme Officer for Sexual and Reproductive Health, about the causes and how terre des hommes switzerland is tackling the problem.

Lara Haacks: The latest data show that teenage pregnancies in southern Africa have increased by up to two-thirds. Does that also match your observations?

Hafid Derbal: Unfortunately, this is absolutely consistent with our observations and with what I have heard from our partner organizations. Especially in rural areas. Although there are rarely any statistical surveys there, all schools report that many girls no longer come to class after the sometimes long lockdowns. Pregnancy is often the cause.

Why is that, why did more girls get pregnant in Lockdown?

There are many reasons for this. But rape is unfortunately part of everyday life in South Africa. In the strict lockdown, the already high number of unreported cases of domestic and sexual violence has increased even more. In many households, many people live under one roof. During the lockdown, these people were literally crammed together. On top of that, many lost their jobs, which increased pressure and frustration. This is a very dangerous cocktail of dynamics, which exacerbated the problem. It is terrible that the victims were locked up with the perpetrators of violence.

What does terre des hommes switzerland's work in South Africa look like in relation to early pregnancies?

There are two levels there: Prevention and aftercare. We want to be active and help young people prevent pregnancies before they happen. Of course, those who are already pregnant or have given birth must also be helped

It is important that young girls know about their own bodies and sexual health. This includes knowledge about menstruation and their fertile days as well as how to use contraceptives to protect themselves against HIV/AIDS and unwanted pregnancies. This is particularly important because these topics are still taboo in many societies - in South Africa, especially in rural areas. But it's not just about knowledge per se, but also about the self-confidence to enforce decisions.

About contraception. It's not enough to know what a condom is. Girls and young women need to be able to confidently tell their sexual partners, "I want to have sex with you, but only with a condom." Or just that they don't want to have sex. Of course, this also applies to young men, who also need to protect themselves against HIV/AIDS and unwanted pregnancies. We work with our partners to ensure that young men are aware of their responsibilities. That is the prevention work that is done with young women as well as with young men.

Aftercare is about ensuring that young girls do not disappear from society when they become pregnant. For pregnant girls, the educational path often ends earlier because they have to drop out of school. As a result, they slip into a poverty spiral and become dependent. Financially, because they don't have a degree and can't learn a trade. And in their decisions, because without education they are dependent on the knowledge of others. This denies them the chance to become independent. It is therefore elementary that young girls can attend classes as long as possible during pregnancy and can return to school as soon as possible after giving birth.

What is the main reason for staying away?

Shame and stigmatization. Pregnancies are often denied. First by the girls, and then by the parents - until it can no longer be denied. When it comes out publicly, it is often a shock and shame for everyone. The girls are no longer allowed to go out or to school. They are also often stigmatized for it.

We also advocate for the girl and her parents to stand by the pregnancy early. In addition to the need to be readmitted to class, we also want to convey that it is important to stand by pregnancy early. This is the only way to ensure prenatal support. The first doctor's examination should not take place in the sixth or seventh month. This often means a lot of convincing on several levels.

What needs to happen for these girls to continue to be allowed to attend classes?

In Zimbabwe and South Africa, it is basically a legal requirement that they can continue to go to school - as long as they want to and can. Unfortunately, many school principals and teachers think that other girls might get the wrong idea and become pregnant. The unintentionally pregnant girls could be role models and educate their classmates. We teach teachers more tolerance and look for joint solutions on how to reintegrate young girls into school after childbirth.

On the other hand, the parents of the young girls are also needed here. We often have to convince them that their daughters can continue to go to school. They must not only allow it, but also actively help. For example, in taking care of their grandchild during school.

terre des hommes switzerland works with local partner organizations. Why is that an advantage here?

They all need to be convinced and on board for young people to have confidence and support. They all need to be involved in ensuring that pregnant young girls are not stigmatized and judged. That's what we're working on, and that's why we rely on good partner organizations.

What would you like to see for the future of young people in South Africa?

We often deal with girls because they often have worse starting chances in life. And the older they get, the more patriarchal structures prevent girls from developing their personalities. That's why I would like to see more space for young girls to develop. And I wish them more empowerment to overcome the hurdles that still exist.

But we must not forget the boys. For respectful partnerships, for example, everyone needs to be educated. For them, I wish that they would become less trapped in the toxic image of masculinity. Many boys and men have a great need for tenderness and emotional closeness, but are not allowed to live it out because of misleading role models. I want these men and boys to learn how to talk openly about their emotions and needs. And this is what we work for every day together with our partner organizations. 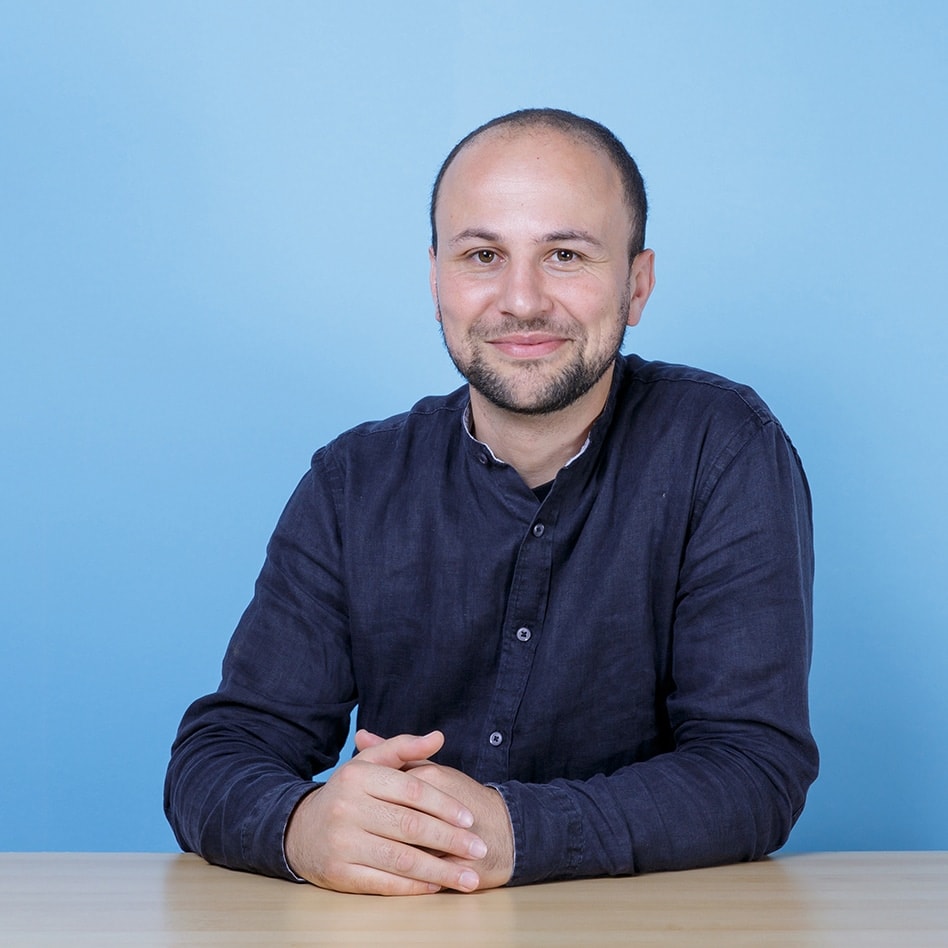 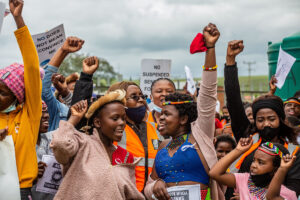 World Women's Day: 'Trial of strength is the be-all and end-all of South African masculinity'

Media release - In its online campaign for International Women's Day 2021, terre des hommes schweiz is focusing on the work of LifeLine. The South African partner organisation supports and accompanies girls and women who have survived sexual violence. In a major media interview, Gabriela Wichser, Head of Programmes at terre des hommes schweiz, explains the connection between gender-based violence, poverty and the Corona crisis, which increases inequality between the North and the South.