World Women's Day: 'Trial of strength is the be-all and end-all of South African masculinity' 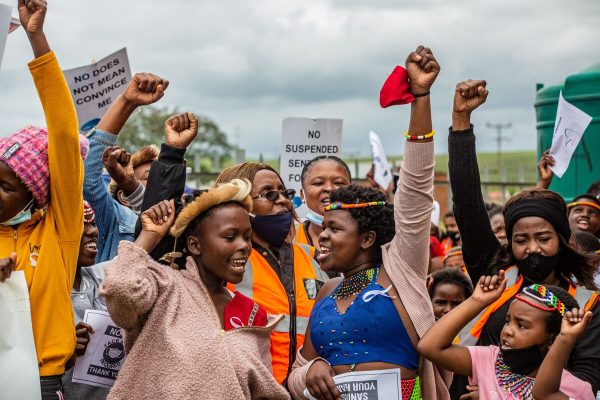 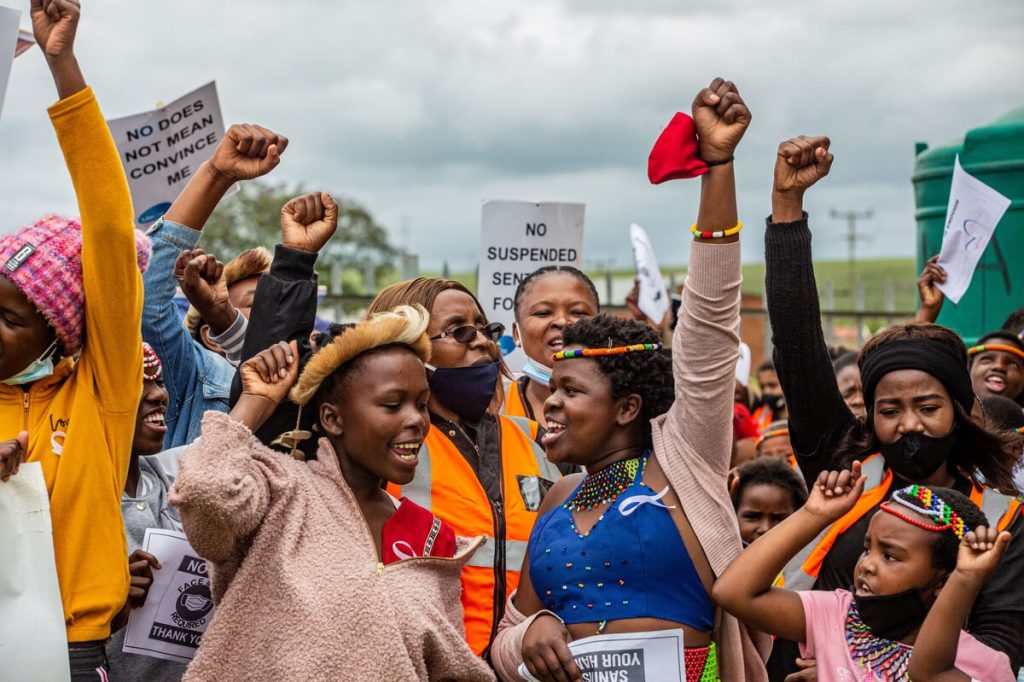 Media release - In its online campaign for International Women's Day 2021, terre des hommes schweiz is focusing on the work of LifeLine. The South African partner organisation supports and accompanies girls and women who have survived sexual violence. In the big Media interview explains Gabriela Wichser, Head of Programmes at terre des hommes switzerland, the link between gender-based violence, poverty and the Corona crisis, which increases inequality between the North and the South.

Even more cases of sexual violence in South Africa
South Africa is considered to have one of the highest rape rates in the world. According to the South African Police Service (SAPS) crime statistics, 53 293 sexual assaults were recorded between April 2019 and March 2020, including 42 289 rapes. 18 231 of the reported rapes took place in private dwellings, while 7 940 took place in public places. Non-profit organisations stress that only one in nine women reports the sexual assault to the authorities. It can therefore be assumed that the real number of sexual assaults is much higher.

And it's increasing: because all indications are that there are more cases of sexual violence in South Africa during the Corona crisis. "LifeLine's counselling programme for survivors and its services for the communities have been called upon much more frequently since the beginning of the pandemic, and the staff have been busy beyond belief," says Gabriela Wichser, Head of Programmes at terre des hommes schweiz, in the large Media interview on International Women's Day. Many different factors contribute to the high rate of gender-based violence in South Africa, she explains. "A central role is played by cultural values and a patriarchal society in which women are worth less and men define themselves by a macho self-image," says Gabriela Wichser. "The test of strength is still the be-all and end-all of South African masculinity."

Poverty, sexual violence and the health crisis
Other relevant factors are the lack of perspective of the many people in the global south who live in poverty, Gabriela Wichser goes on to say: "Men who have no way of adequately feeding their families and who cannot afford financially to send their children to school are seen as failures - and they feel like it. They don't live up to the internalized image of the all-powerful head of the family and feel worthless. Their undignified state leads to great frustration and the response is often an outburst of violence, usually within their own family."

"Corona widens the gap between rich and poor," says Gabriela Wichser. "People living in poverty are more likely to be affected by violence, and people who are vulnerable or living in a precarious situation are pushed even further into poverty during the Corona crisis. So there is a link between poverty, violence and the health crisis."

"Our view is far too small-scale"

Gabriela Wichser criticises the uneven distribution of the Corona vaccine. "Many states in Europe secured vaccine doses at a very early stage," she explains, "but in the meantime there is also a bottleneck in our country and we in Switzerland are considering how we can move vaccine back and forth between the cantons. "Our view is far too small-scale. We won't get a grip on this virus if we don't give everyone access to vaccination," says Gabriela Wichser of terre des hommes switzerland. "The coronavirus and currently the availability of vaccine exemplify what it's all about: there is only one world and we share it."

Gender as a cross-cutting issue at terre des hommes switzerland
"Gender must not be an isolated issue," says Gabriela Wichser of terre des hommes switzerland in the large Media interview on International Women's Day on 8 March 2021. Gender is a cross-cutting issue in the Agenda 2030 of the UN development goals. The aim of this holistic approach, also known as gender mainstreaming, is to ensure that women and men, or girls and boys, have equal rights in all areas of life, regardless of gender, origin or social status.

LifeLine in profile and interview with Tayson Mudarikiri, National Coordinator for Zimbabwe and South Africa: https://www.terredeshommesschweiz.ch/magazin

PrevPrevious articleCorrective Initiative: No Wild West with Guns in Brazil!
Next article"There is only one world and we share it"Next 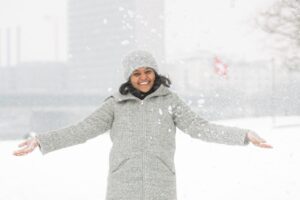 Media release - Swiss asylum and refugee policy is often the subject of heated debate. The people at the centre of the debate hardly get a chance to speak. The First Swiss Refugee Parliament wants to change that. On June 6, the first Swiss Refugee Parliament will take place in Bern. Jeyani Thiyagaraja from Basel (picture from February 2021), participant in a project for refugees by terre des hommes switzerland, is involved in the Health Commission of the Refugee Parliament. In the video, she tells us what concerns she will take with her to Bern. 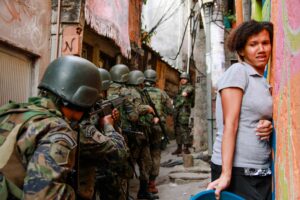 Media release - Weapons from Germany and Switzerland are used in police operations in Brazil. This often results in serious human rights violations against children and young people. An independent study by terre des hommes Switzerland and terre des hommes Germany looks into seven exemplary cases of lethal gun violence and uncovers serious deficiencies in the control of state arms stocks in Brazil. Together with the Brazilian Instituto Sou da Paz, the two terre des hommes organisations demand an immediate stop to the export of war material to Brazil. 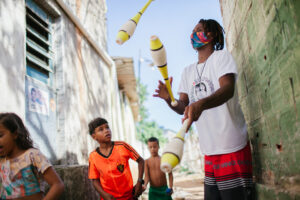 "The rebellion of young people is understandable".

Media Release - The Corona crisis is exacerbating social tensions worldwide. The prospects of young people have darkened considerably. There is a need for a Swiss foreign policy that supports the development prospects of young people in the global south. This is what the two women at the helm of terre des hommes switzerland write in their joint foreword to the Annual Report 2020 of terre des hommes switzerland.